This datacron is rather easy, except that it requires 1 successful jump onto a slowly moving lift. Missing the jump results in a rather lengthy walk back to the start, at which point you often have to wait about 5 minutes for the lift to return.

The datacron is located in the Juran Mountains.

Begin by heading to the location shown in the maps below. We've shown the directions starting from the taxi near House Alde, but heading to it from Wardpost Landa would work just as well. Click either of the images for a larger view. 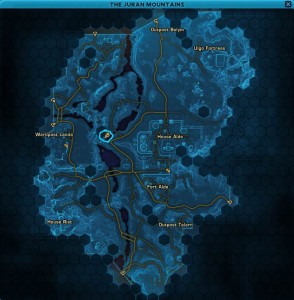 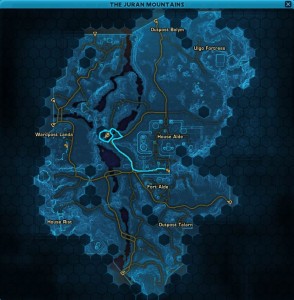 If you look at either of the maps closely, you'll see we've turned left just after the bridge. Things should look similar to below: 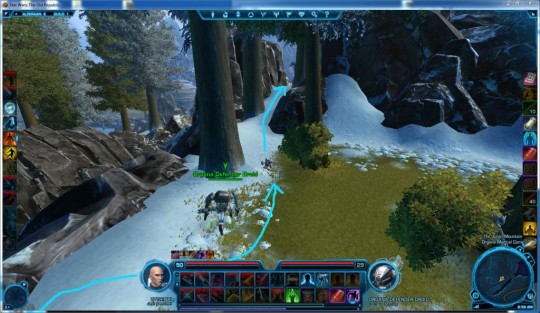 The STRONG mobs in the area are friendly to Republic folk like us. Follow the arrows through the narrow (but short!) path. 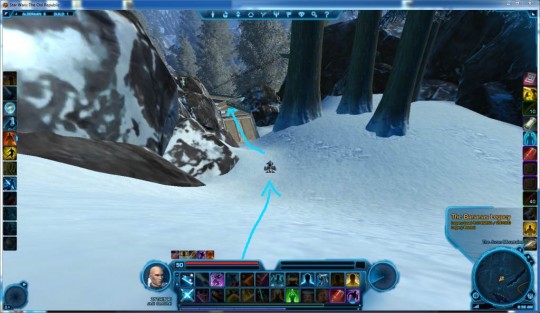 Head up the ramp. 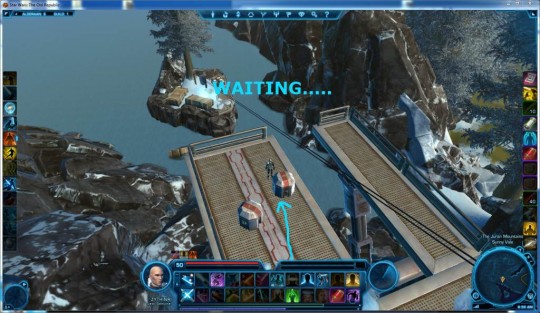 You can see the wires the “broken lift” runs along. At this point, we're just waiting for the lift to make the trip back up.

I've found that having SPRINT OFF makes the upcoming jump a little easier – the lift is rather thin, so having sprint turned off makes it a little less likely that you'll over-jump it and fall. 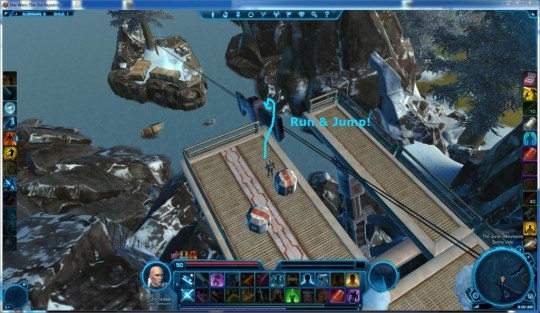 The jump itself isn't very hard (so long as you don't over-jump it, or land only to run-right-off). If you miss though, it's a rather lengthy walk back. 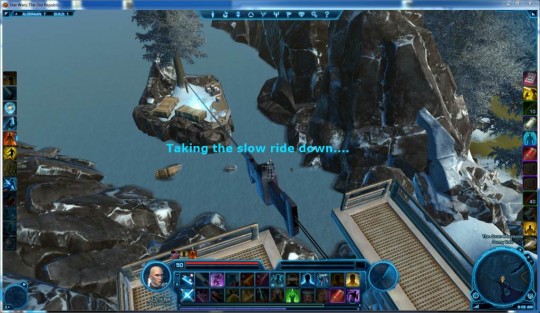 You can see I made the jump. This was actually where I landed on the lift this time around. Now it's just a matter of waiting for the lift to reach the bottom. 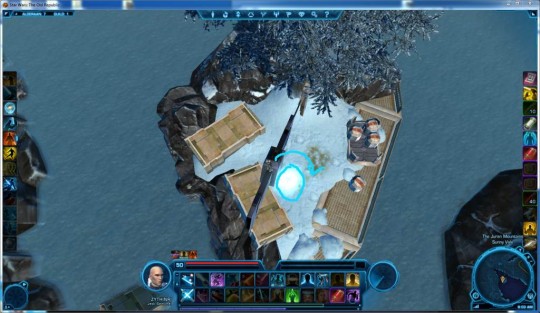 This is more of an overhead view, but as you see, once the lift reaches the bottom, just fall (or jump) off and take the datacron.

If you made the jump the 1st time, you probably thought that was a little too easy and shouldn't have been labelled “medium” difficulty. I disagree though – it's not that it's easy, you're probably just a stellar player!

In any case, with your new +4 Aim in hand, why not check out the next datacron. The next one actually *is* easy.

"I find your lack of shares disturbing." -Darth Vader