The +3 Presence datacron is in a heroic area. Assuming you're the correct level for the zone, you and your companion can often take out some of the mobs, or you can opt for a quick death-run or two. Compared to the other datacrons on the planet, it's quite quick/easy to obtain.

You begin by taking a taxi to the Red Light Sector. From there, follow the map below to the circled elevator (click for a larger view). 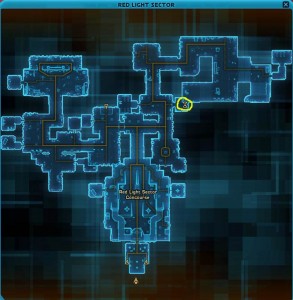 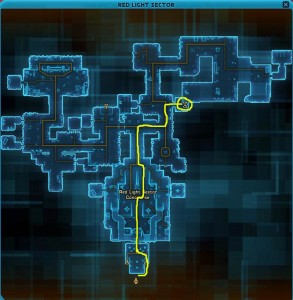 Take the elevator. It will bring you to the Heroic zone, known as the Gauntlet Gang Area. 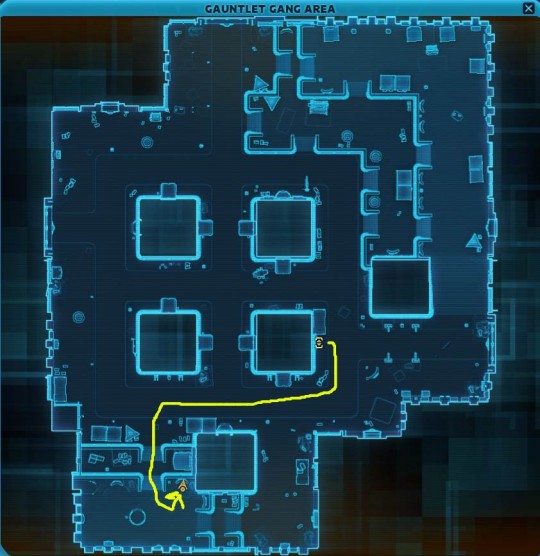 Note that you'll either be killing a few strongs/elites, or taking a death-run or two.

When levelling solo in the area, I often found death-runs to be quicker. Usually your companion will buy you enough time to get where you need to go (in other words, let the mobs kill your companion while you get in place).

You should now be in the area seen below. 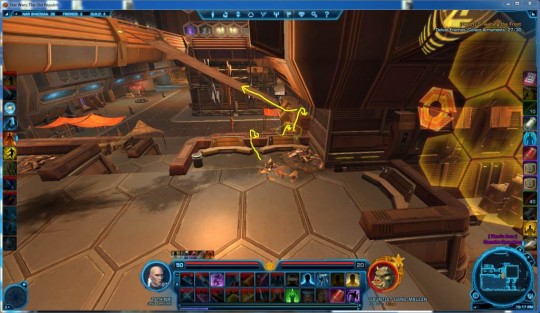 You'll almost certainly want to click to zoom in here so that you can see the box (lightly circled) that you jump on to for jump #2. It just-barely qualifies as a tricky jump – getting on it is easy, but making the following jump can be a bit hard. As usual, turning sprint off can help.

The only frustrating part is that if you came here via death-runs, mobs will usually be aggro'ed on you while you're attempting this, and if you miss the jump from the circled box, you'll land plump in the middle of them and they'll catch you.

Once you're on the canopy, things are incredibly easy. 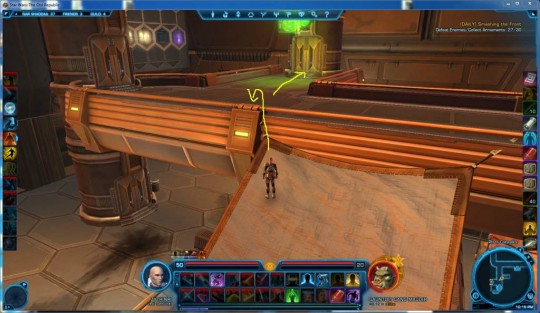 Just a running jump, and since you can even walk on the rope a little bit, it's quite easy. 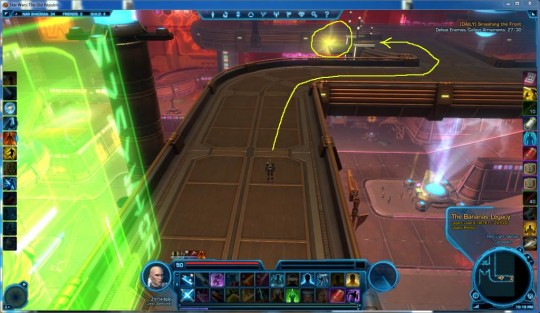 As soon as you get off the elevator, you'll see the datacron.

That's good, because the next datacron (+3 Strength) is often an exercise in frustration. Don't keep yourself in suspense though – click the button below and check it out next!

<< Back to Nar Shaddaa

"Who's the more foolish; the fool or the fool who follows his site on Twitter?" -Obi Wan