The +3 Willpower datacron is located at the end of a cave containing a number of leve 27-28 STRONG and ELITE mobs. Generally, you & your companion should be able to take them if you're the appropriate level for the area anyway, but if you feel you may not be up to the task, you can always come back a little later.

Start by taking a taxi to Outpost Largona. If you don't have that flight path yet, take a look at the world map on the Tatooine page to see where it is (alternately, the world quests will eventually bring you there).

Assuming you got there okay, follow the maps below to get started (click for a larger view): 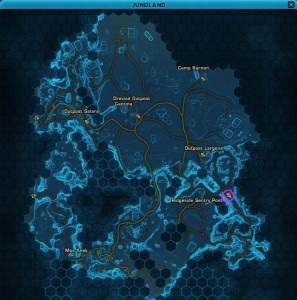 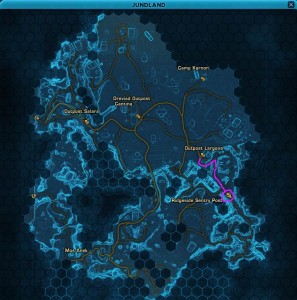 Once in the circled position, you should see something that looks like this: 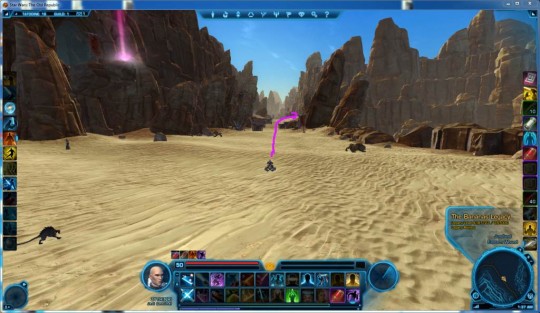 You can already see the datacron in the above image (click for a larger view), but the path to it can appear slightly counter-intuitive at first. Follow the arrow in the image.

Below, we've moved up a bit to give you a better view. You're headed towards the cliff/drop you see on the right side, just behind the big rock. 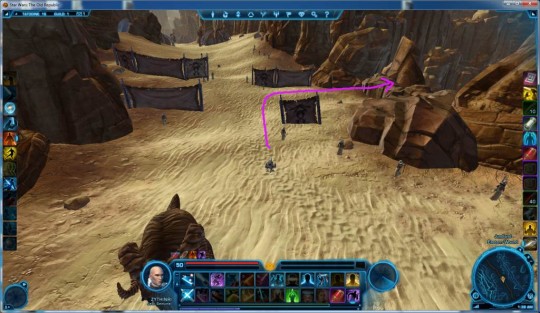 Don't jump off the cliff just yet though!

Look below, and you'll see there are a couple jumps down we have to make. They're not hard, but if you miss, you will plummet to your death. 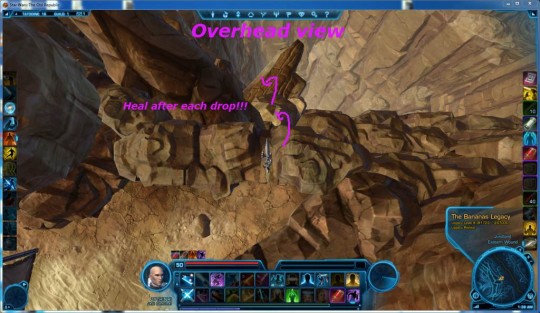 As mentioned in the image, be sure to HEAL after each drop. You'll lose more than half your health each time.

Once down, you'll see the cave: 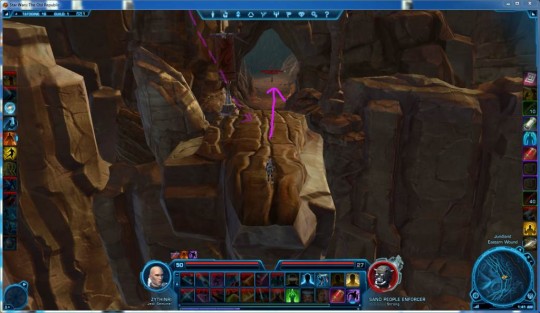 You'll be heading into the cave and fighting (or if you're lucky, stealthing) your way through. A couple things to note:

The cave is straightforward (only one direction) so I haven't included any screenshots. Since you're killing tough mobs, it's going to feel rather long. Once you're through though, you'll be at the datacron: 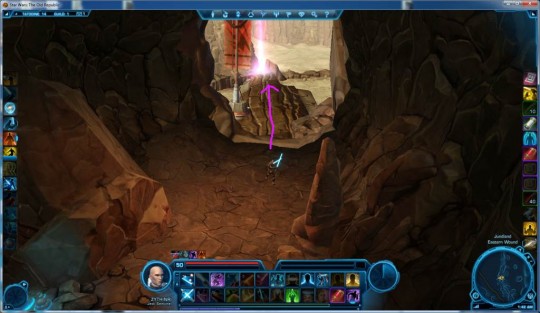 Just head to it and take it. Nothing tricky to this +3 Willpower datacron!

I've got a sneaking suspicion that with this datacron out of the way, you're now ready for a few death-runs.

Well, because you have no choice. Check out the next datacron on this planet – it requires a run through an Imperial town. It's the +3 Aim, if you're wondering!