The Willpower datacron on Balmorra is quite simple, and trouble-free. As long as your character is sober enough to walk a straight line on a pipe, the datacron won't pose any issue.

The datacron is technically located in the Corinth Canyon region of Balmorra, though you'll be heading there from the Lower Markaran Outpost (in the Markaran Plains). Take a taxi there to get started, and then head south, following the maps below.

If you're totally lost as to where the flight path is, check the world map on the main Balmorra page to get your bearings straight. 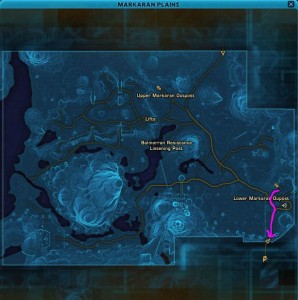 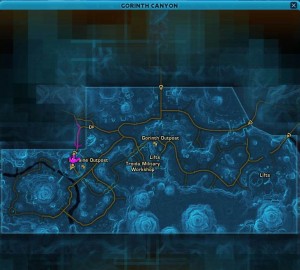 Note that the flight path at “Moraine Oupost” in map #2 looks closer, but it isn't (don't go there). Moraine Outpost is on the lower level and you can't reach the datacron from there.

Once you've followed the arrows to get into position, you'll see something resembling this: 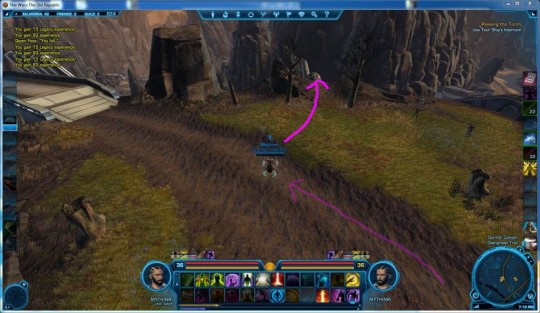 On the left side of the image above is a broken bridge. As you can see, we made a right-hand-turn before we got to the bridge, and are heading towards a pipe that you should be able to make out in the picture (click for a larger view). 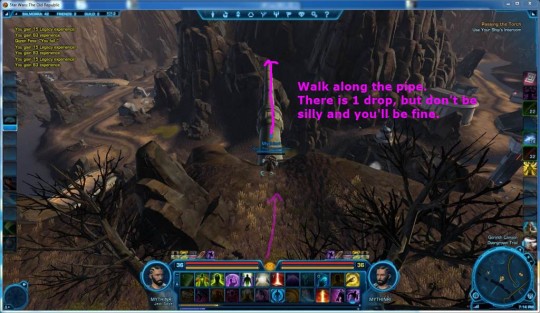 Now you can see the pipe. I rode on my speeder on this attempt, but it seemed a bit slippery, so you may want to walk instead.

Note that the pipe has a drop in it – it's difficult to see in the above picture but you'll see it when you're there. Just make sure you're running straight, and you'll be fine. 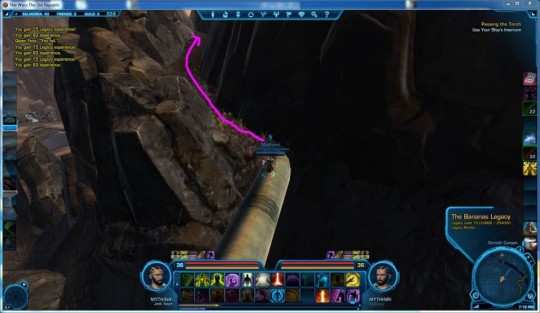 When you reach the end of the pipe, you'll be at a pathway – only 1 direction to go! 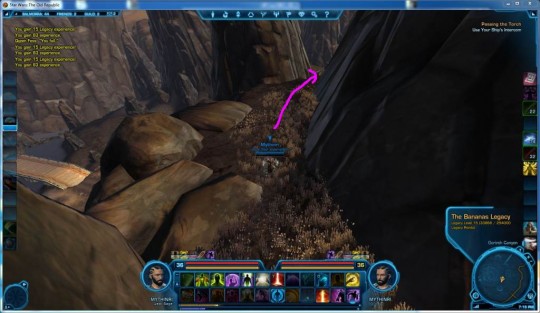 It's not a long path – just follow it until the path ends.

At the end of the path, if you look down, you'll see the datacron (the following image is an over-head view). 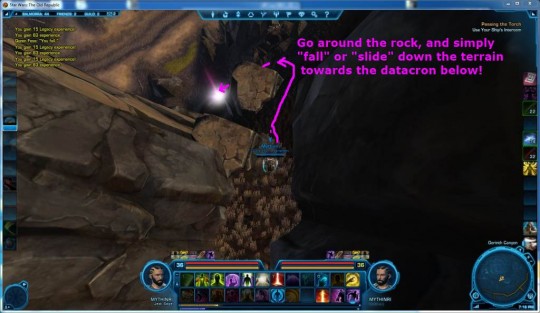 While you *might* be able to jump from the rock, it's safer to go around the rock, and “slide” down the terrain (as shown above – click for a larger view). As soon as you're close enough to the datacron to grab it, make sure you do so!

Congrats on your Willpower datacron! Chances are, you've only got 1 more to go, so why not click the appropriate button below and read up on how to get it!?